The Comet Fuel Saving System for heating and industrial processing

Comet Consulting Group presents the Comet Fuel Saving System (CFSS) - an unique system for monitoring, control and reduction of consumption of all types of fuels (petrol, diesel, propane and other oil derivates, both liquid and gas).

CFSS can be used in wide range of applications - from all kinds of internal combustion engines, various heating units, up to high-tec industrial facilities.
Behind CFSS is technology for fuel homogenisation and molecular reformulation, whitch enables more efficiant combustion and consequently respectable energy savings.
When properly installed, CCG guarantees fuel efficiengy improvement of at least 5% for gas fuels and at least 12% improvement for liquid fuels. 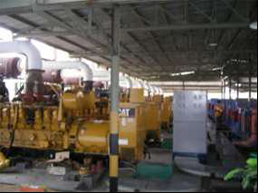 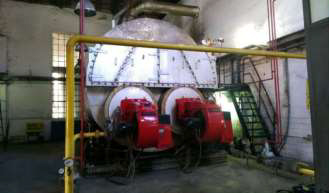 Science corner – how does it all work?

The Research Group at the University of Connecticut School of Chemistry has been evaluating the technology that stands behind Comet Fuel Saving System since 1999, with the support, in some instances, of the U.S. Department of Energy (DoE) and the U.S.
Department of Defense (DoD). They confirmed:

The CS Catalyst Unit (CSCU) is a non-mechanical device which is installed in-line of the fuel line, between the fuel tank and the combustion chamber / burner. The device constructively reformulates any hydrocarbon fuel passing through the catalyst – through modification of molecular sequence and structure, enabling it to burn more effectively. This more efficient combustion causes an increase in stack temperature. Since this excess stack temperature is not needed, in order to reduce the stack temperature back down to its most efficient level, a smaller amount of fuel is needed to match or exceed the original baseline efficiency. The results are definitive, measurable savings in fuel consumption.

The inside of a CSCU consists of a patented mixture of metallic alloys that, when exposed to fuels, causes a temporary catalytic conversion that can last for several days, depending on a number of environmental variables. Specifically, the CSCU can extract hydrogen atoms from different fuel components, thereby changing the composition of the fuel. Oxygen is present when the catalyst is exposed to the fuel and oxygenated compounds that can burn more efficiently are produced.

The ability to selectively remove a few hydrogen atoms from specific sites is a key to the enhancement of fuel. Removing and redistributing hydrogen atoms from components of gasoline to produce olefins that can couple to form larger hydrocarbons has been measured. The ability of the same catalysts to introduce oxygen to hydrocarbons to form oxygenates has also been measured.

The combination of these two different reactions result in aromatic ring decomposition, coupling, olefin formation and oxygenation - all of that simultaneously - which is unique as regards chemical activity, constructive, and leads to enhanced combustion from the hydrocarbon fuel feedstock.

The CSCU demonstrates the ability to produce reformed fuel species at room temperature. That fact stands as an evidence that this technology is broadly applicable in enhancement treatements of all types of hydrocarbon based fuels. 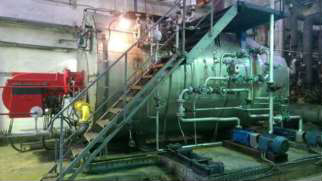 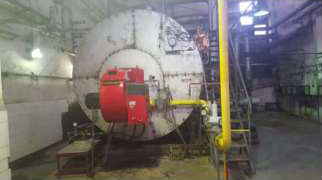